In early days up to World War 1, the only means of a person’s identification was his/her passport. After some time, countries issued identification documents to verify a person’s identity. The document contains legal and authentic information about its beholder. Advancements were made and in 1876, the need of adding personal photograph into identity documents which include all samples of passports, ID documents and driver licenses were made compulsory.

These were also referred to as photo IDs and with the passage of time, many countries adopted this method of person’s identification. However, the accurate size and shape of cards were later standardized by ISO/IEC in 1985.

After the international standard organization stepping into this matter, there was no looking back in terms of technology and advancements in improving this helpful identity tool.

Different countries have different policies regarding the issuance of national identity cards. The criteria depend on the age of citizens. Similarly, there are some countries which don’t put the compulsion of ID cards on its citizens.

Below is a list of few countries that do not put ID card compulsion for the identification of its citizens. Countries that have non-compulsory ID cards or do not issue them, use other identification means such as passports, driving license etc. Since the main and sole purpose of ID cards is to identify a person, so it can be verified by above-mentioned means.

Countries with no ID card

There could be many reasons why some countries don’t find it essential to issue an ID card for its citizens. Following are some generic and common reasons for this action.

The main and sole purpose of national ID card is to verify the identity of a person as displayed on his ID badge. ID Badges ensures that the beholder is a legal citizen of the respective country. While some countries find it mandatory for people to have their national ID cards others may not. They find it unnecessary to issue another card when the objective can be achieved with already issued identity showing passports and licenses.

While ID cards are good at many levels, there are some cases where your ID card can be used for organized crimes. If someone mistakenly lost his/her ID card, anyone with ill intentions can use it for inappropriate actions. And while the identity is yours, you might hold responsible for it.

This is a shortcoming of this powerful tool which needs to be rectified in future for safety and security of civilized citizens.

For the issuance of an ID card, one must provide his/her authentic personal information to the authorities. This conflicts with the privacy of citizens who don’t want the government or other sectors intervene in their privacy.

Over the years it has been noticed that the ID cards don’t help stop crimes. The rate of unlawful acts remains same. Some people or illegal immigrants even forge their identity and there’s no good that issuing a national identity card would add to the country’s security.

Nonetheless, there are always two sides to any story. And the countries that issue id badges are aware of them. Technological advancements are continuously being made to get to the level where these cards are not considered a breach of any policy rather it adds more to the security and safety of its beholder and its country. 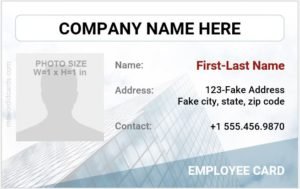 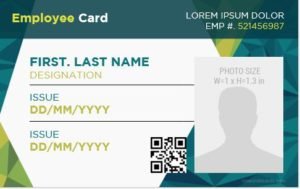 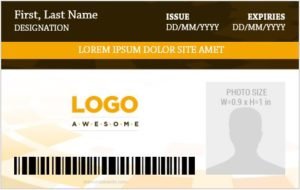 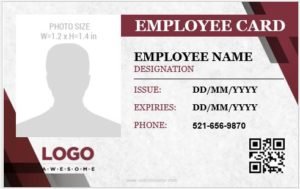 This is by international standard organization rule. It may vary if organization or companies are issuing ID badges for their internal use of employees. 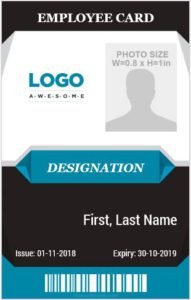 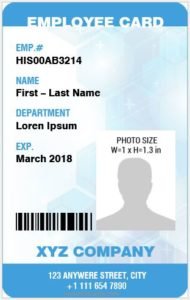 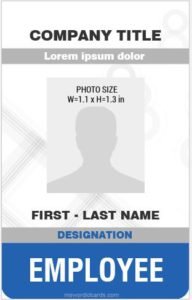 The orientation of ID badges

The orientation of an ID card could be vertical or horizontal. It solely depends on how the beholder is going to have it. Similarly, many people prefer a size and orientation which perfectly fits into their wallet.

To summarize if someone wants to issue a standard identity tool it would be better if all standards are met properly for an enhanced experience. 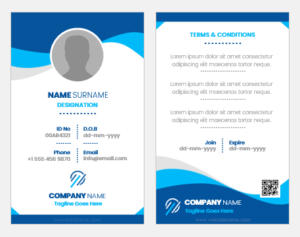 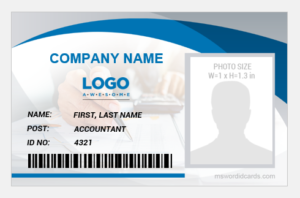 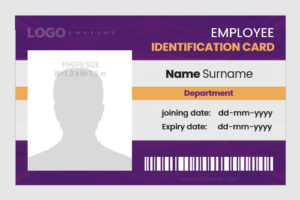 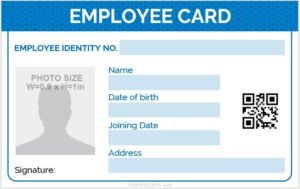